A Guide To Nerja

Nerja is situated at the eastern tip of the Costa del Sol, in the province of Malaga, 50 kilometres from the city of Malaga and within an hour and a half’s drive from Granada and the ski resort of the Sierra Nevada.

Sheltered by the impressive Sierra Almijara mountain range, Sierra Almijara, this once sleepy fishing village is now one of the most popular tourist resorts along the coast. The town has resisted too much re-development and high rise apartment blocks, preferring to stay a charming seaside town, attracting the more discerning holidaymaker; the town is often referred to as the ‘’Jewel of the Costa del Sol’.

One of the town’s most impressive attractions is the Balcón de Europa (the Balcony of Europe), a wonderful promenade, stretching along the edge of a soaring cliff top, which was once the location of a Moorish castle. The platform has spectacular panoramic views of the Mediterranean coastline, with its backdrop of mountains.

The deep Andalusian culture that the town exudes, perfect climate and cosmopolitan atmosphere, has made Nerja one of the most attractive holiday hotspots on the Costa del Sol. 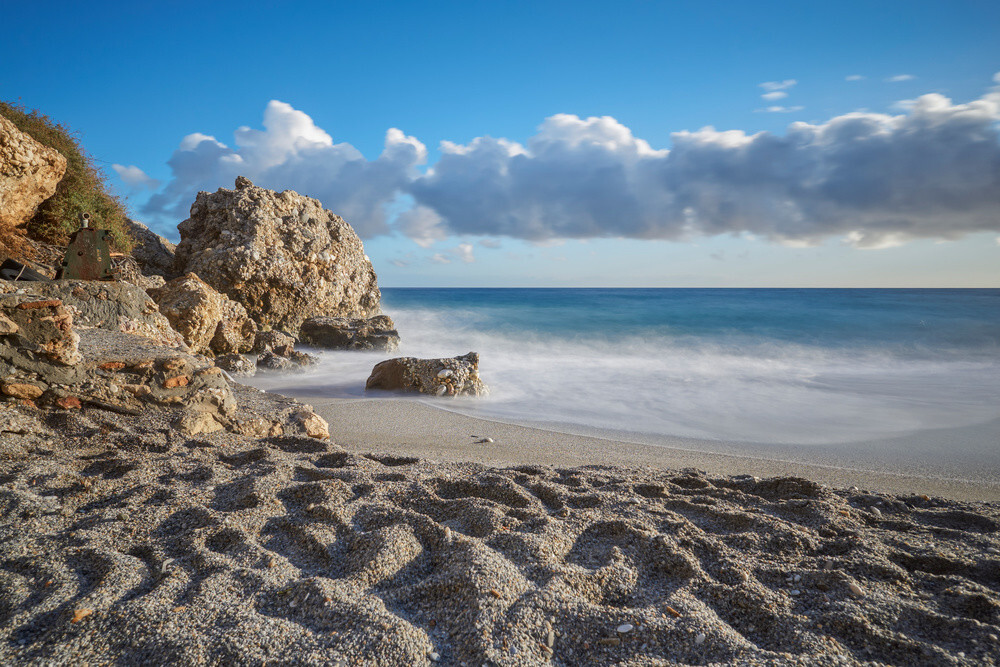 Nerja has more than its fair share of fabulous beaches, boasting 16 kilometres of beaches with powdery sand and sparkling clear and calm water, and a splattering of small coves. 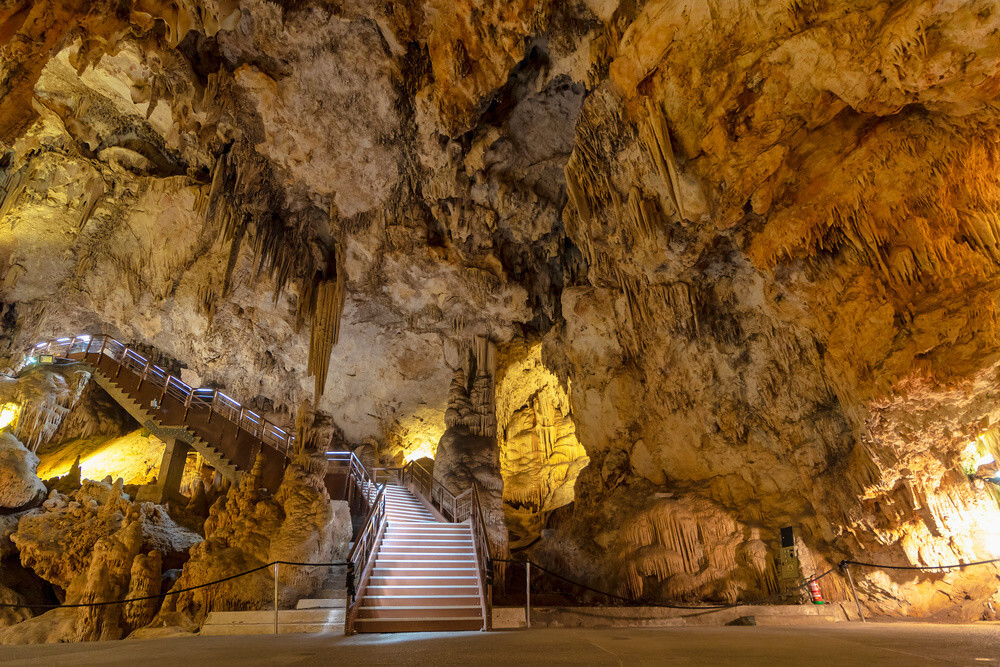 The famous Nerja Caves are found in Maro and were discovered on the 12th of January 1959 by a group of young locals who were on a late-night walk searching for bats. The Nerja Caves are the perfect place to relive a bit of Nerja’s past. 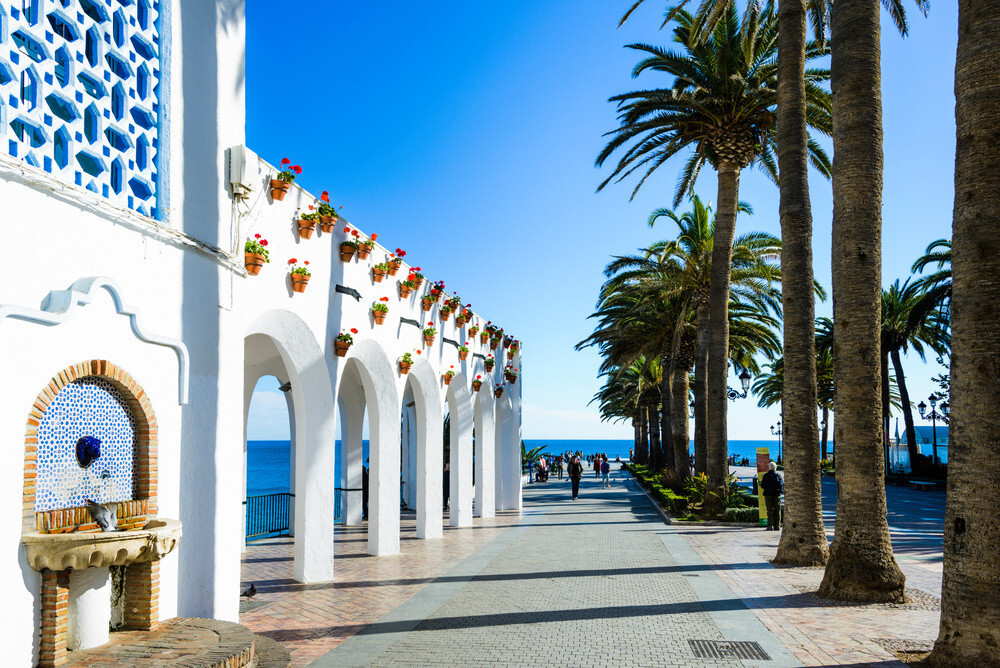 Visit the most symbolic place in Nerja, which boasts breath taking sea views looking towards Africa. Take a stroll around the Balcón of Europa and view at the Mediterranean sea from this amazing balcony.

The late king Alfonso XII statue looks over this place, buy an ice cream and stroll around while watching entertainment from the street artists. 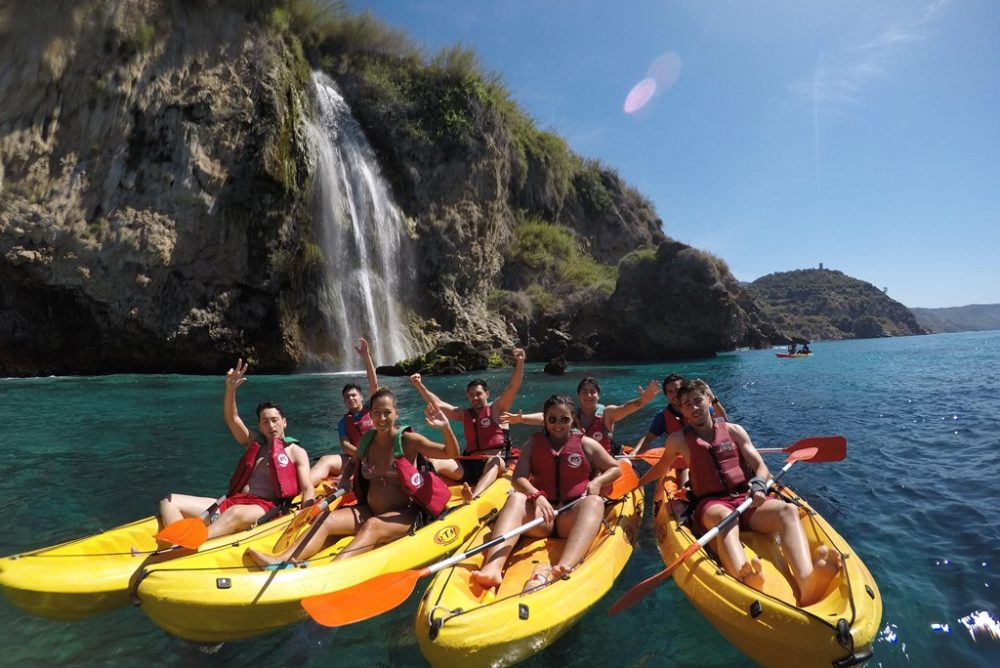 If you like the thrill of the water sports you can’t go wrong here! 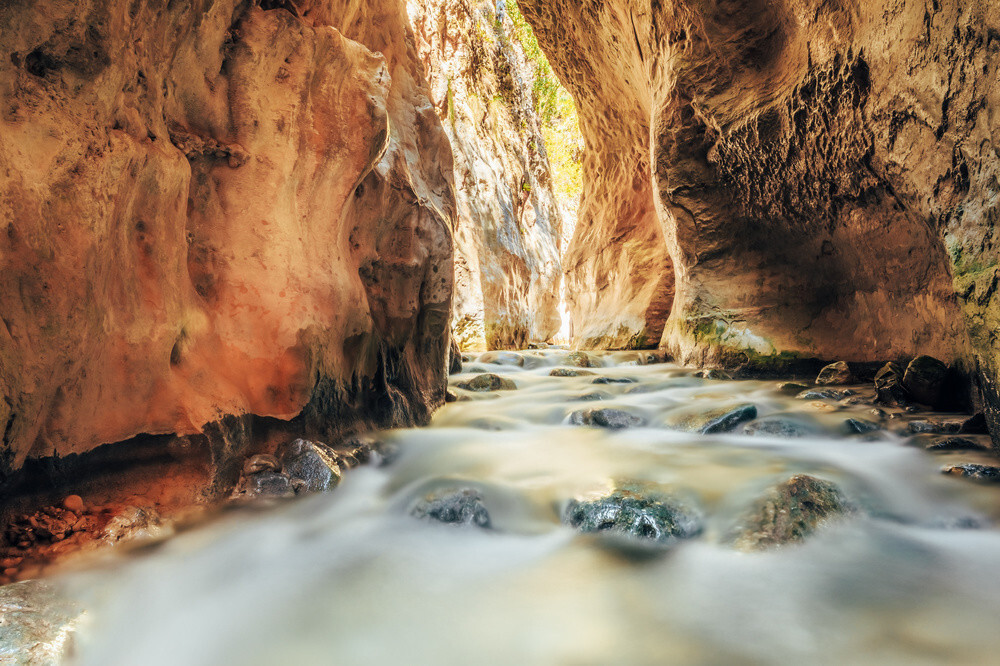 A great day out for all the family, situated in the natural park, this walk is roughly a round trip of 16km but you do not need to go all the way. 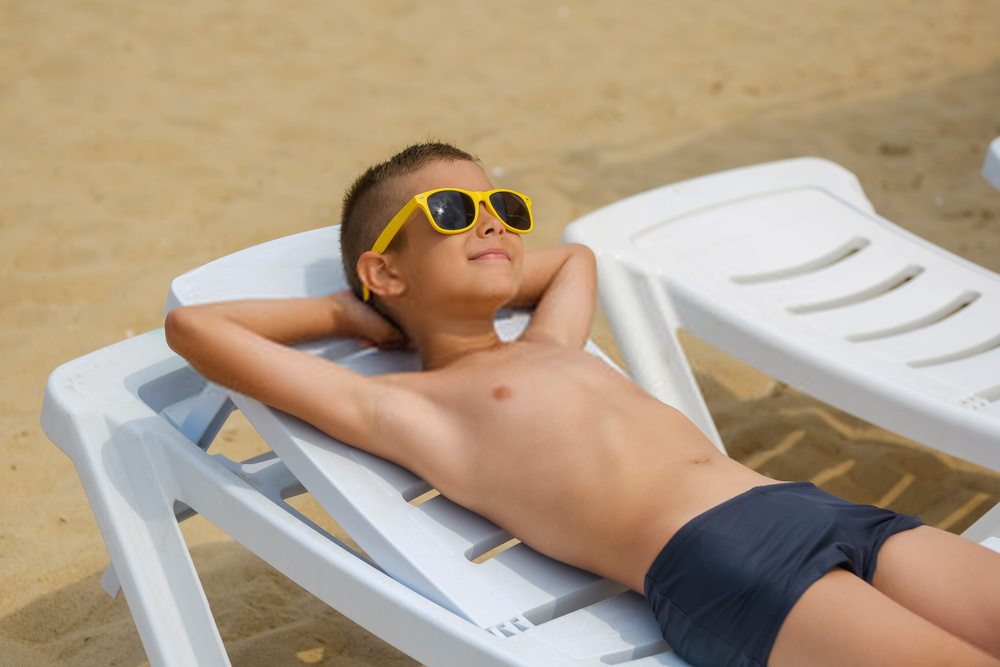 Rent a sun bed and soak up the sun for your perfect holiday. Pretty much every beach has sun beds available for hire for roughly 4€ for the day…

The local is on every Tuesday and Sunday. On Tuesday you will find plenty of fresh produce, and new clothes at a very reasonable prices.

If you prefer antiques or collecting then Sunday is the day to go. You will find all kinds of collectibles and also hand-made products. 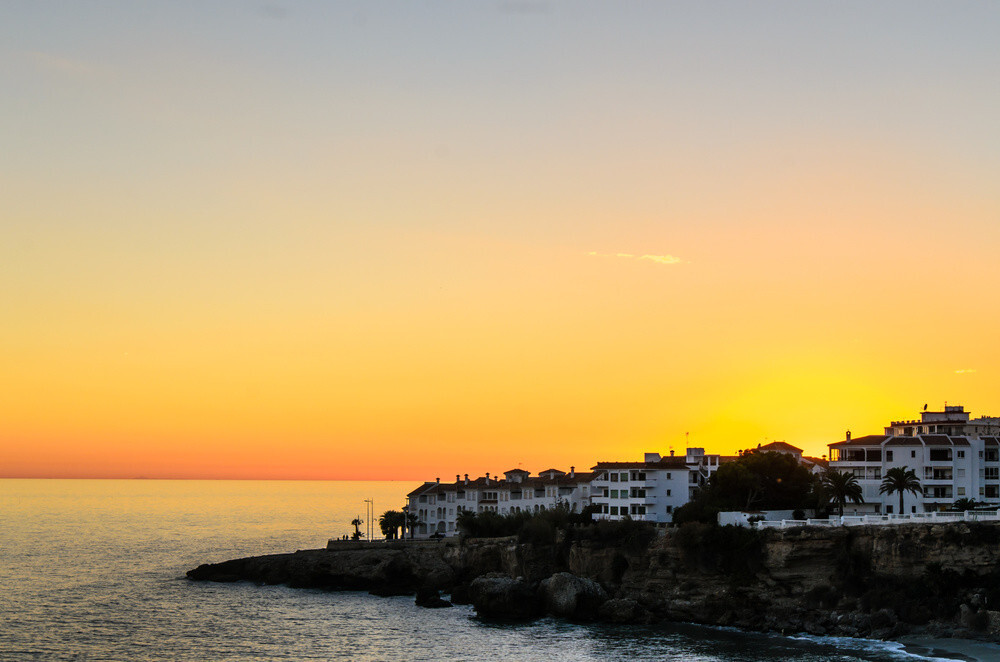 Nerja is blessed with over 3,500 hours of sunshine every year with an average of 30°C throughout summer and an impressive 15°C during winter. 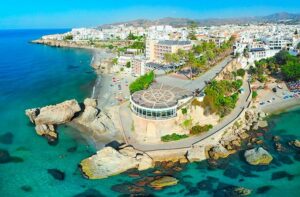 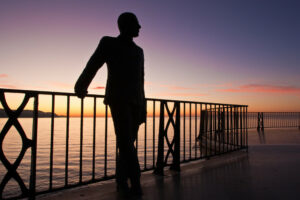 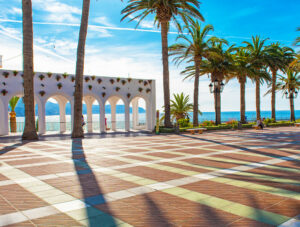 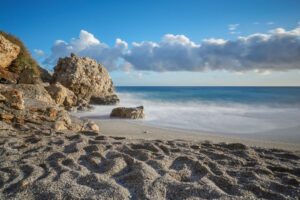